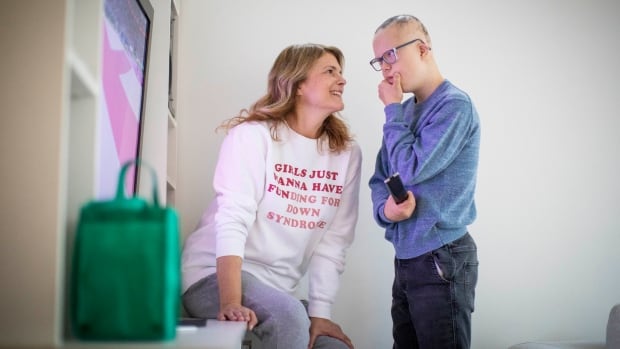 Parents and advocates for children with disabilities other than autism are demanding support for their families after the B.C. government scrapped plans to overhaul its autism funding model.

Premier David Eby announced last week the government will maintain individualized funding for autism instead of phasing it out in 2025 under a plan announced in October 2021.

The province had proposed a new system of “one-stop family connections hubs” regardless of referrals or diagnoses to allow thousands more families to access care.

Delta’s Kutrina Mosch, a single mother of teenaged twins with fetal alcohol spectrum disorder (FASD), says she was devastated when she heard the province had scrapped the hubs.

“I have been just waiting, counting down for hubs to come in,” she said.

Now, she’s back to struggling on welfare with piecemeal support.

The intense behavioural needs of her kids have made it impossible for her to work full time, she says.

“My family has been torn apart with the lack of services that our province gives to the most vulnerable children that need it.”

At one point, she says a worker from the Ministry of Child and Family Development suggested she give up her son so he could access care through the system.

He was becoming increasingly violent and prone to emotional outbursts due to his disability. The idea was heartbreaking, so she hung on.

But in the last year, she’s had to do the unthinkable and gave up custody of her son to his father because he became a threat to his siblings.

“This is the first Christmas I’m spending without my family as a whole,” she said through tears.

She says more support early on might have changed her family’s fortune.

The disparity in support between kids with an autism diagnosis and those without is stark.

In B.C., only children diagnosed with autism spectrum disorder (ASD) are eligible to receive individualized funding unless they have severe disabilities.

Families with a child who has ASD can receive up to $22,000 a year on qualifying expenses until the child turns six. After that, they receive $6,000 annually until they turn 18.

The president of volunteer advocacy group Down Syndrome B.C., Tamara Taggart, says it wants to see all children with disabilities get access to similar individualized funding.

Parents should be able to decide where to take their kids for treatment and what’s best for them, she says. Hubs would have added to ongoing strains on the health-care system.

“There are already thousands of kids on wait lists,” Taggart said. “It’s a systemic problem … and the family connection centres were not going to fix it.”

At the Learning Disabilities Society, Jennifer Fane, the director of education, also believes funding should be opened up to all families.

Premier Eby has said he understands the urgency of the issue.

He says until the province develops a new system, he’s looking at interim funding for children with disabilities other than autism but did not answer questions on when that might happen.