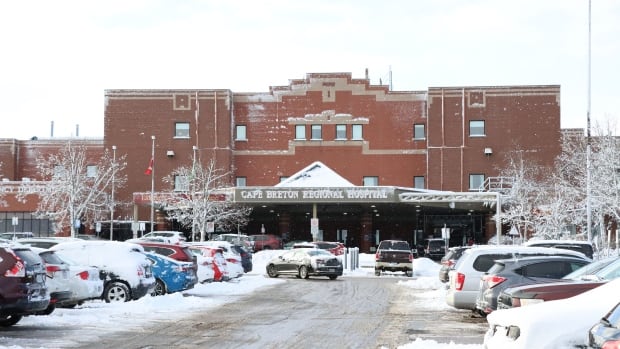 The relative of a woman who died shortly after leaving the Cape Breton Regional Hospital emergency department in Sydney, N.S., without being seen says the suite of changes to patient care announced by the provincial government this week will likely help save lives.

Charlene Snow died in December and Katherine Snow says things might have been different — if someone had been in the waiting room to reassess her mother-in-law occasionally.

“Certainly, I feel like if something like this had been in place, Charlene might still be with us. So I hope if this is a successful initiative, then maybe some lives will be saved,” Snow said.

Among the changes proposed by the government is the addition of medical staff — known as care providers — and non-medical patient advocates in waiting rooms.

“It’s definitely a good thing to have people keeping an eye on those folks in the waiting room, especially when their conditions are deteriorating rapidly,” said Snow.

“I’ve said it over and over. If it helps one family avoid what we’re going through and it saves one life within the emergency room setting, then those changes are worth it and what we’ve been doing is absolutely worth it.”

Many of the changes announced this week are designed to leave fewer people in waiting rooms, said Gail Tomblin Murphy, Nova Scotia Health’s vice-president of research, innovation and discovery.

People will be triaged faster and some will be directed to pop-up or mobile clinics, while others will be offered online consultations.

The addition of care providers and patient advocates in waiting rooms will help support those efforts, she said.

Care providers — registered nurses, licensed practical nurses and paramedics — will be able to reassess or perform a secondary triage on people who are waiting by monitoring significant changes in their health.

Those positions will be filled by people already trained as part of the emergency care team, Tomblin Murphy said.

Recent numbers show emergency departments in the Cape Breton health complex — which includes community hospitals in New Waterford, Glace Bay and North Sydney and the regional hospital in Sydney — have among the highest nurse vacancy rates in the province.

Still, the province is confident that care providers will be available to see people in ER waiting rooms, said Tomblin Murphy.

Patient advocates are being recruited from the ranks of people who are already trained after working at testing and vaccination clinics during the pandemic, she said.

Patient advocates will be able to speak with people, help them access food and drinks and offer blankets to keep them warm while waiting.

Improvements are planned for the contents of vending machines, such as the addition of healthy options, and nutritional services in hospitals are working on making healthy food options available for purchase, said Tomblin Murphy.

Patient advocates will be in the province’s emergency departments by the weekend and care providers will follow, she said.

Dr. Margaret Fraser, a family physician who works in the Cape Breton regional emergency department, said there is a longtime shortage of emergency nurses and doctors, but any additional help is welcome.

“I do have concerns about where those staff are going to come from,” Fraser said.

“Similarly to the physicians who are going to evaluate the patients on the [Emergency Health Services] stretchers, we’ve been authorized for several weeks now to do that at the regional and it’s been difficult to fill those shifts.”

Some nurses may feel they don’t have the skills to work inside the emergency department, but might be comfortable monitoring people in the waiting room, she said.

“It is possible that there are some people who will pick up some extra hours there, but we are so chronically short-staffed that it’s difficult to see where they could pull extra staff from.”

Patient advocates who worked at the COVID clinics were well-trained and professional, Fraser said, and there are already some working at the Cape Breton regional hospital.

But being in an emergency waiting room and dealing with people who are upset and tired could mean facing verbal and possibly physical abuse, she said.

“I think it’s going to be a very difficult job to do, so I do have some concerns there, but I think that if it’s done well and done properly, it could be helpful to the department.”

Fraser is optimistic that the government’s latest moves will start to make a difference.

“Hopefully, these changes will improve conditions for our staff and for our patients,” she said.