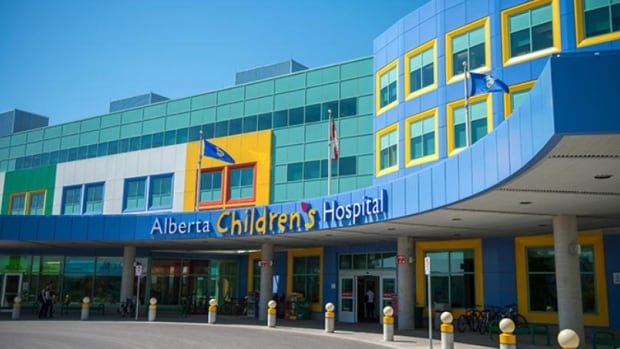 Health officials are working on plans to redeploy staff, if needed, and postponing a small number of surgeries as Alberta Children’s Hospital in Calgary struggles to keep up with ballooning demand.

Daily emergency room visits are up 20 to 30 per cent, according to Alberta Health Services, as the hospital battles a wave of respiratory illnesses, including influenza, RSV and COVID-19.

The inpatient units over 100 per cent capacity, the ICU is nearly full and the hospital continues to face ongoing staffing shortages.

AHS confirmed on Tuesday the hospital is postponing one or two scheduled surgeries a day for a total of 10 this week.

There are more than 170 scheduled surgeries planned at the hospital this week.

“This is a fluid situation, and we will continue to review upcoming surgical lists for all service areas on a case-by-case basis and dependent on daily …capacity,” AHS spokesperson Kerry Williamson said in an emailed statement, adding all emergency and cancer surgeries will continue.

“We appreciate these situations can be stressful for families and these decisions are based on the best medical advice for each situation.”

Redeployment is another possible measure in the works to relieve pressure on the hospital.

“We are working closely with our union partners to help in redeploying staff if and when needed to meet the care needs of this vulnerable population,” Williamson said.

“At this time, emergency provisions for redeployment of staff at Alberta Children’s Hospital are in the preliminary discussion phase with [three unions]. These provisions were last used to support the response to COVID-19.”

According to Williamson, the Alberta Union of Provincial Employees (AUPE), the United Nurses of Alberta (UNA) and the Health Sciences Association of Alberta (HSAA) are the unions involved.

He said redeployment measures have not yet been triggered and will be used only as a last resort.

“Everyone is very concerned — concerned about how we’re going to keep up with the demand,” said Leanne Alfaro, vice-president with HSAA.

She said respiratory therapists will likely be the first of her union’s members to be redeployed from outpatient units at Alberta Children’s Hospital to the ER and ICU.

It’s a move that could result in children having their care postponed down the line, said Alfaro, who works at the northwest Calgary hospital conducting diagnostic neurological testing.

“Wait lists will go up for treatment [for] outpatients, potentially.… Illnesses could get more severe, and potentially that could lead to more emergency visits.”

According to Alfaro, staff could eventually be redeployed from other hospitals as well.

Heather Smith, president of the United Nurses of Alberta, said the key focus is reassigning staff within the hospital and using non-unionized nurses, such as nurse managers, including people who don’t usually provide direct clinical care.

“They’re really looking at trying to reassign [within the hospital], particularly to bolster the pediatric ICU, and there may well be some to emergency as well. But the hope is by having more … capacity in PICU that will help to pull off some of the pressure on the emergency department,” she said.

Smith said it’s difficult to predict how many nurses could be redeployed, and it could change daily depending on how many staff end up off sick with the same viruses bringing children in.

“It’s an incredible workload issue and I suspect there’s a lot of fear.”

The AUPE, which represents licensed practical nurses and health-care aides, said it was not aware of the redeployment plans.

Bobby-Joe Borodey, a vice-president with AUPE, said AHS officials gave her union a heads up that they were considering emergency measures.  But she said the union had not been told redeployment was in the works.

“Based on what we actually see on the ground, I would say it’s definitely imminent,” she said.

“It’s what I would describe as being at a crisis point right now.”

According to Borodey, staff at the Alberta Children’s Hospital are worried.

“Our members are telling us that they are stressed. Burnout is a real thing … and we know it will only get worse before it can ever get better,” she said.

This is the latest in a number of steps AHS has taken to deal with demand.

A trailer was set up recently to provide additional waiting space outside the ER. It’s expected to open in early December.

An overflow ER was set up to fast-track less serious patients at peak times, and a six-bed short stay unit is in operation on evenings and weekends.

According to Williamson, AHS also plans to add more beds at Alberta Children’s Hospital as well as open three more beds at a small pediatric unit at Peter Lougheed Hospital in northeast Calgary.