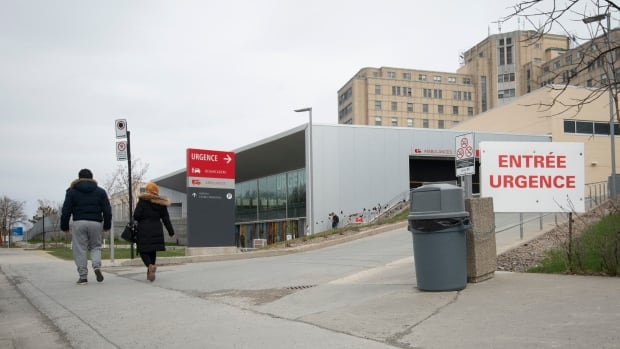 The CIUSSS de l’Est-de-l’Île-de-Montréal is calling on nurses in the health care network to lend a hand at their short-staffed hospitals.

Until then, non-emergency patients who come to the Maisonneuve-Rosemont Hospital’s (MRH) emergency room will be immediately redirected to clinics and family doctors, it said.

In an attempt to resolve conflict with nursing staff linked to compulsory overtime, the CIUSSS’s management is trying something new. According to information obtained by Radio-Canada, it is asking other establishments in Montreal to lend them nursing staff on a temporary basis.

Nurses at MRH had threatened to resign en masse if changes were not made to the unit’s management team. Quebec Health Minister Christian Dubé was forced to intervene and on Tuesday, the head of the hospital’s emergency room was reassigned.

As CIUSSS manager Dr. Martine Leblanc told Radio-Canada’s Tout un matin, “when we have job coverage of around 30 per cent for night shifts and 40 per cent or less for the evening shifts, you understand that the pressure on the team is too high.”

“Basically, our issue is the labour shortage which is hitting hard in the east,” said Leblanc.

Jean-François Fortin-Verreault, the CEO of the CIUSSS de l’Est-de-l’Île-de-Montréal, said in a news release he was working “in collaboration with our partners in the Montreal network to to provide the necessary assistance to our teams and we thank them for their precious collaboration.”

“We are in an hour-to-hour management situation that remains difficult, given the staff currently available,” he said.

The CIUSSS is asking nurses from all over the city to volunteer and join them on their recruitment platform.

“We will take all the help that will be offered to us from the experienced nursing staff available, that is to say nurses, nursing assistants and orderlies,” it said.

Radio-Canada revealed this week that the CIUSSS was desperate to recruit 565 nurses internationally, whether in France, North Africa or South America. A mandate has been given to the Ministry of Health, which organizes recruitment abroad.

The CIUSSS warned patients that only major cases will be accepted at the MRH ER in the coming weeks as it searches for staff.

“We have mobilized the teams of all the clinics in the territory in this direction and they are ready to quickly receive the users who will contact them,” said Ariane Murray, head of the Regional Department of General Medicine of Montreal.

Last year, more than 65,000 people visited the hospital’s ER, making it one of the busiest in Quebec.

Dubé has pledged to build a private mini-hospital in Montreal East and to modernize and expand HMR, the work of which could extend over a period of 11 to 13 years.