The watchmakers at Grand Seiko’s Micro Artists Studio once again display their technical and artistic expertise with a new platinum-cased Spring Drive masterpiece.

The new Masterpiece Collection Seiko 140th Anniversary Limited Edition is a beautiful example of the brand’s nature-based aesthetic with a dial and engraved case meant to recall the night skies above Achi, a Japanese mountain village famous for both its remoteness and its clean air. 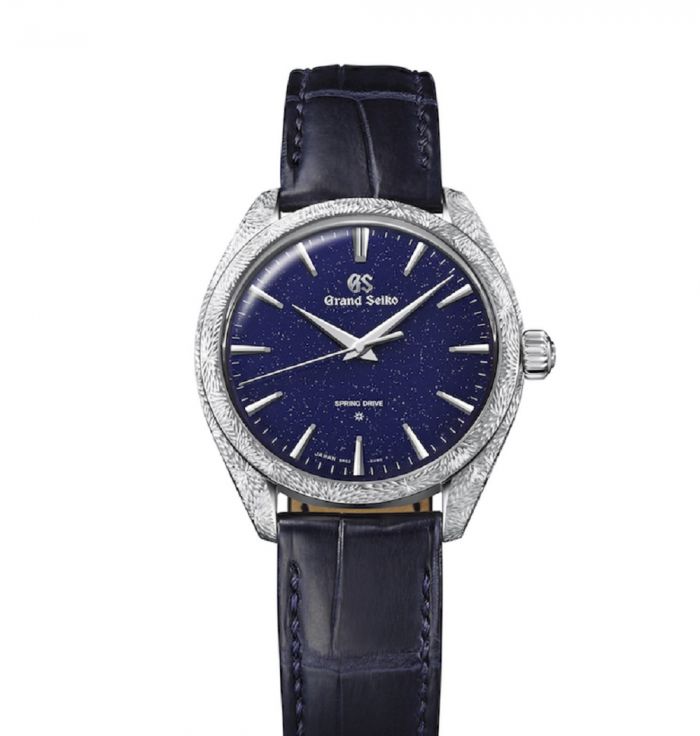 Grand Seiko artisans use a variety of manufacturing and finishing techniques to create the dial, including stamping, plating, and hand painting. 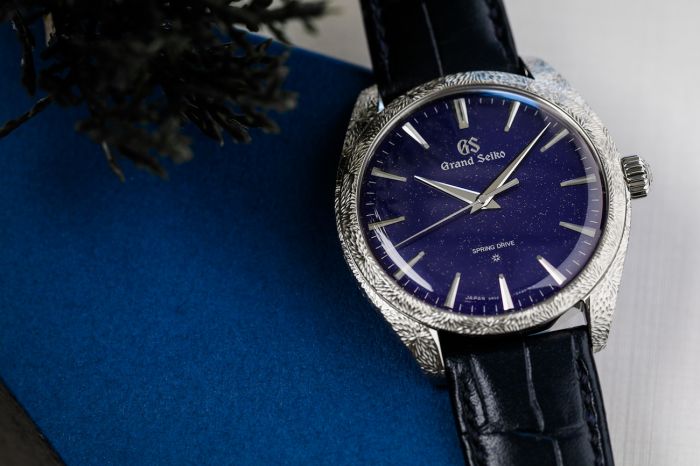 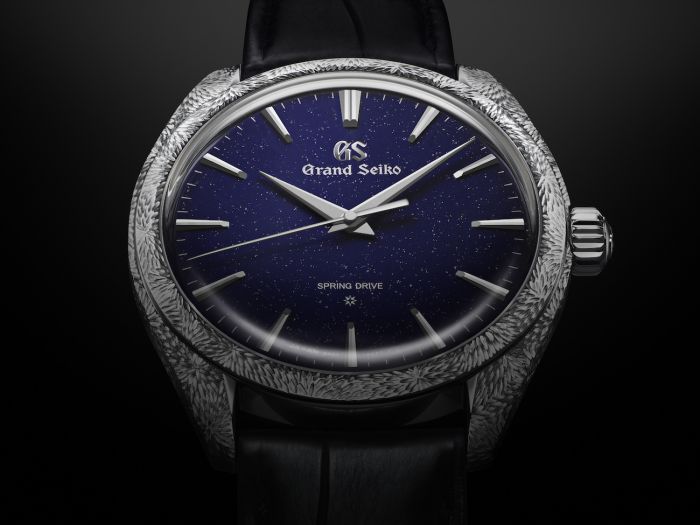 Inside Grand, Seiko fits its superb Spring Drive manual-winding caliber 9R02, a movement first seen in 2019 when it marked the 20th anniversary of Spring Drive.

The movement itself continues Grand Seiko’s ode to natural beauty. For example, the barrel is shaped to echo the bellflower that is the symbol of the Shiojiri region, home to the Micro Artists Studio. Next to the barrel is the power reserve indicator. 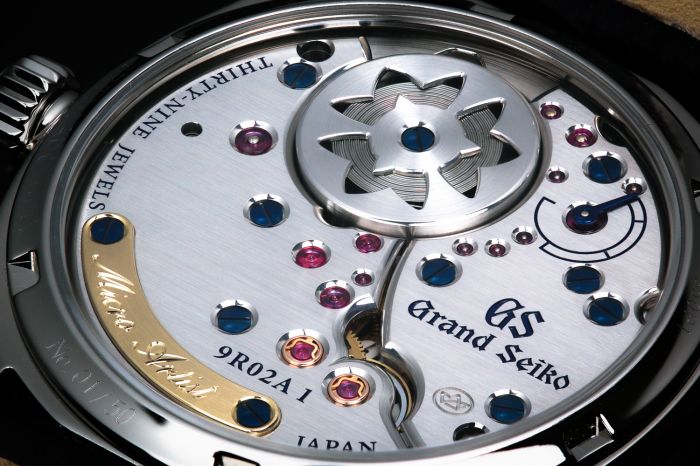 The power reserve here is an impressive eighty-four hours, largely thanks to the Caliber 9R02’s Dual Spring Barrel. Not surprisingly, Grand Seiko expertly hand polishes the rims of all the bridges, the holes for the rubies, and the screws.

Note the 18-karat yellow gold plaque on the lower bridge. While it is marked with the engraved words “Micro Artist,” Grand Seiko allows the owner of the watch the option to replace these words with a phrase of his or her choice.  Available starting in August, the watch is a limited edition of fifty. Price: $79,000. 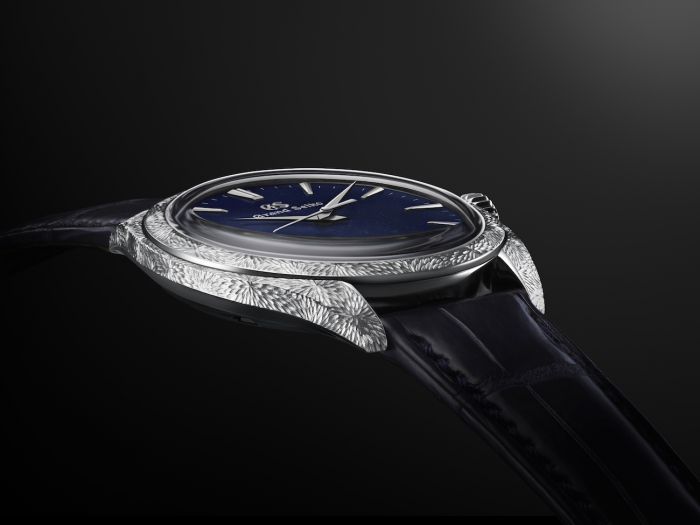 Dial: Blue with sparkles made with stamping, plating, and hand painting.

A Stylish Timepiece With A Striking Skeleton Dial