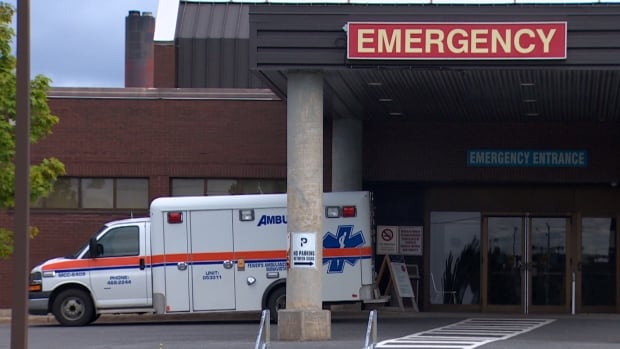 More than 100 workers with seven private ambulance services across Newfoundland will walk off the job Friday at noon, CBC News has learned.

“The committee has given me 100 per cent mandate and as of 12 o’clock today, all our services will be walking off the job.”

Dawe said the incident involved the employer, Fewer’s Ambulance Service, reporting a union member Thursday for allegedly participating in an illegal strike, a charge Dawe said is unfounded. Union members have been participating in a work-to-rule campaign, in which they perform only their core contractual duties, since Jan. 11.

“This employer is taking advantage of government resources to try to strike-bust us on his behalf,” said Dawe.

This is a breaking news update. A previous version of this story appears below.

More than 100 workers with seven private ambulance services across Newfoundland could walk off the job Friday at noon, after a lengthy labour dispute went up a notch on Thursday.

Teamsters Local 855 leader Hubert Dawe confirmed to CBC News early Friday morning that he’s told members to prepare for a strike. He said a committee will decide at 10 a.m., but “preliminary consensus is to strike.”

Dawe said the escalation is because of a “serious move made by the employer against one of our members” on Thursday. He would not elaborate, but said more information will be sent to media in a press release after the committee meeting.

All seven services are owned by one man, Bob Fewer. He has not responded to any media inquiries since the union went public about its labour dispute in late December.

Those companies cover a wide area of Newfoundland, from Fogo Island on the northeast coast to Trepassey on the southern shore of the Avalon Peninsula, and Stephenville on the west coast.

The provincial government spends a combined $7.7 million for those services each year, not including things like mileage and patient fees. Among the key issues for the first responders are wages and the lack of a pension plan. Dawe previously said the members could make better wages and have a greater quality of life working in a fast-food restaurant.

The first responders switched to a work-to-rule model on Jan. 11, with plans to meet regularly to discuss escalating their tactics.