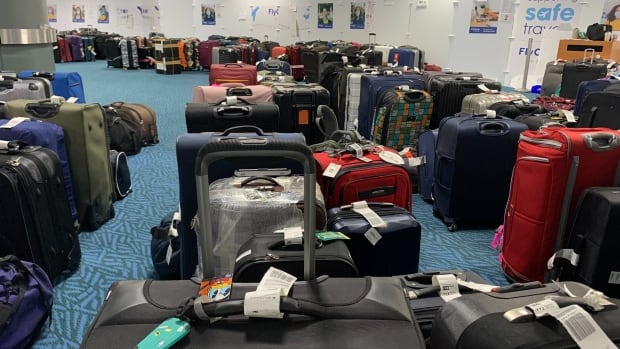 Transport Minister Omar Alghabra said Tuesday the government will overhaul the airline passenger bill of rights in response to travellers’ claims that the system is fundamentally flawed.

Critics have dismissed the airline regulations as inadequate since they were introduced by the Liberal government in 2017. Until now, Ottawa has been reluctant to make any changes.

Major travel disruptions last summer — and a problem-plagued Christmas travel season — have made it clear that reforms are necessary to better protect passengers from airlines that don’t live up to their service standards, Alghabra told reporters on the sidelines of a federal cabinet retreat in Hamilton.

Alghabra said regulatory reform — and possibly new legislation — will be introduced this spring to bolster passengers’ rights. It will be one of the government’s priorities when Parliament resumes sitting next week, he said.

A major winter storm in the days before and after Christmas wreaked havoc on the travel industry, leaving passengers stranded as airlines cancelled hundreds of flights.

Sunwing, a leisure carrier that primarily serves passengers travelling to vacation destinations down south, left an untold number of passengers in Mexico when it suspended some routes. The disruptions prompted some 7,000 complaints to the airline from passengers who were left out-of-pocket by the delays.

While bad weather is hard to avoid in a country like Canada, Alghabra said changes are still necessary to make the travel experience more tolerable.

Over the holidays, passengers complained not only of weather-related delays but also inadequate communication from the airlines about rescheduled flights and lost bags.

Airlines can be expected to push back against any proposed changes.

During a heated House of Commons transport committee meeting earlier this month, officials from Air Canada, WestJet and Sunwing expressed frustration with how the regime operates. They argue other industry players, like government security agencies and airport authorities, should also be on the hook for compensating passengers for delays related to their operations.

“Each entity has an independent role to fulfil to make the system work, but airlines are the only ones with enforceable standards and financial obligations. There needs to be shared accountability,” David Rheault, Air Canada’s lobbyist, said at a Jan. 12 meeting of the transport committee.

Asked if Air Canada would support additional fines or penalties for airlines, Rheault said no.

“Our position is that the regulations need to be strengthened to take into account all stakeholders in air transport,” he said, adding that the current regulations have “very high penalties compared to those imposed by other countries.”

Alghabra said he’s not discouraged by the airlines’ stance. He said the government has “identified areas for improvement and we’re working on them.”

He said Canada is reviewing regulations in other jurisdictions such as the European Union, where passenger protections have been praised as more consumer-friendly.

In the EU, airlines are responsible for delays and cancellations in all but the most extreme circumstances — including disruptions caused by terrorism, sabotage, volcanic eruptions, airspace closures and freak weather.

The Canadian Transportation Agency, the semi-judicial body that was set up to adjudicate disputes between airlines and passengers, has been swamped by complaints; it now has a backlog of some 33,000 cases. The CTA has said it will take up to 18 months to review a complaint.

One possible fix is to shift the burden of proof from the passengers to the airlines.

Critics maintain that passengers are too often told by the airlines that they are not entitled to compensation when they really are. That has generated an avalanche of complaints to the CTA.

A regulatory change could force airlines to automatically compensate deserving passengers — rather than make them seek compensation from the airline and then turn to the CTA when a worthy claim is denied.

Canada’s frayed travel system has become a political issue for the government.

Conservative Leader Pierre Poilievre posted a video on social media over the weekend blasting the Liberal government for its handling of air transportation issues in Canada.

“Flights are always late since you became prime minister,” Poilievre said in a video taped at Toronto’s Pearson Airport.

“This is the chaos we have at our airports,” he said, showing images of large crowds at the airport’s check-in counters.

In response, Alghabra said Poilievre has “a unique style of making videos and inflaming people’s emotions without offering any solutions.”