Air pollution is changing how our brain functions, researchers at UBC, UVic find 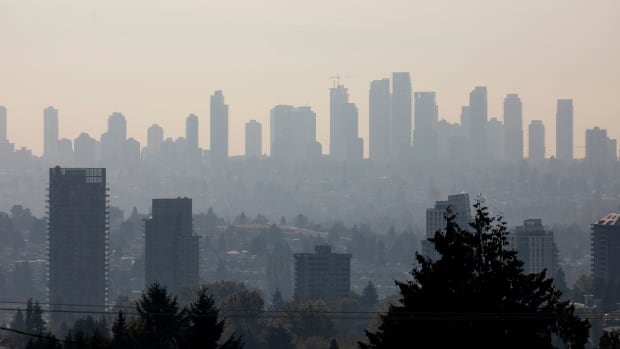 Researchers at the University of British Columbia and University of Victoria have found that exposure to traffic pollution is changing the way our brain works.

“Air pollution is affecting our thinking, which could have serious public health effects,” said Chris Carlsten, director of UBC’s Air Pollution Exposure Lab and one of the researchers of the study, published Jan. 14 in the journal Environmental Health.

Carlsten says exposure to diesel exhaust for just two hours led to changes in brain function connectivity, a measure of how different regions of the brain interact with each other.

The most affected regions are linked to memory and attention, he says.

Carlsten says the images showed clear differences between both scenarios, but adds more research is needed to understand what these differences mean.

“If you took a few strings of a web and crossed them in a different pattern, it’s not necessarily bad … but it certainly makes it different,” he explained.

While the results of the study have led to more questions, Carlsten says, the researchers are confident about one thing: Air pollution, and climate change, is changing how brains function.

“We’re all exposed [to traffic pollution] not only in B.C. and locally, but globally it could have major implications,” he said.

“That’s why we’re doing this work to try to push things, push the awareness, and push the policies [for change].”

Dr. Melissa Lem, president of the Canadian Association of Physicians for the Environment, says one-third of Canadians live within 250 metres of a major road.

“This tells us that there are a lot of people who are going to be affected by traffic-related air pollution,” she said, adding impacts can vary from slow childhood development, heart disease, cancer, and brain alterations.

“If we’re exposed to certain things, people may notice brain fog … trouble concentrating … [or feeling] a bit more irritable and tired,” she said.

“So if you think you’re smelling fossil fuel fumes and you feel that way, get away from them and go inside.”

Carlsten says pollution levels used in the study were comparable to air pollution in cities like Delhi, India or to industries like mining.

“Occupations in closed spaces and no good ventilation are most at risk,” he said, adding B.C. is not immune to these issues due to annual exposures to wildfire smoke.

While more research needs to look specifically at the effects of wood smoke on the brain, Carlsten speculates results would be similar.

“Diesel exhaust shares a lot of similar characteristics to fire smoke in terms of the particles,” said Carlsten.

“From a wider community standpoint, we need to get more cars off the road,” she said, adding the City of Vancouver’s decision to remove the Stanley Park bike lane impacts people from an exercise and air pollution standpoint.

“We’re facing a climate crisis and an air pollution crisis at the same time, both driven by fossil fuel combustion. By getting more people out of cars and onto bikes and sidewalks, we can tackle both simultaneously.”

“People may want to think twice the next time they’re stuck in traffic with the windows rolled down,” he said.

He adds that their research is just the beginning to understanding a larger umbrella of concerns related to climate change.

“This is all part of the bigger picture of what we can do to try and minimise the harm of air pollution.”