8 facts you may not know about eugenics 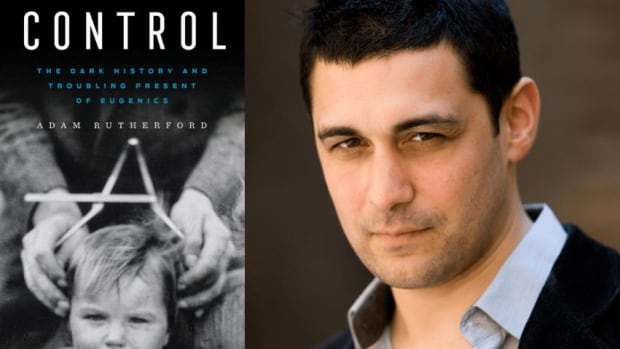 Ideas53:59Eugenic thinking has never gone away

Eugenics is most commonly associated today with the Third Reich’s World War II atrocities, committed in the name of “racial hygiene.”

But as geneticist Adam Rutherford points out  the view that “undesirable traits” could be bred out of the human race had wide appeal in the late 19th and early 20th century in Britain and North America.

Certain U.S. states and Canadian provinces allowed for the legal sterilization of people deemed “unfit” by authorities — particularly in the broad category of the “feebleminded.”

Rutherford, who is also a BBC science podcaster, and the author of Control: The Dark History and Troubling Present of Eugenics, calls eugenic thinking a “dominant idea” of the 20th century that has become “toxic,” but not gone away.

Forced sterilizations of the poor and racialized continue to occur worldwide. And with advances in DNA technology, we are faced with moral dilemmas around the genetic manipulation of humans.

Here are some points made by Adam Rutherford while in conversation with IDEAS host Nahlah Ayed.

“It starts really with Plato talking about how high-quality men should be matched with high-quality women at marriage festivals. And with that, you would maintain high-quality children and different stratification within society. We think this type of idea has existed in pretty much every culture for the whole of human history.”

2. The term was coined in 1883 by Charles Darwin’s cousin

“Francis Galton says, if humans are evolved as per Darwinian evolution, why can’t we apply [agricultural] techniques — selective breeding — to ‘improve’ the quality of the British people?”

“Galton was an extreme racist, not just with the benefit of 21st-century hindsight, but relatively, for the Victorian era.”

“He drops this idea at exactly the right time for the Global West and the Global North, where there’s huge colonial expansion, and huge problems with immigration, and big societal issues, in the wake of the industrial revolution. There’s a much more visible poor.”

3. Eugenics ideas were popular across the political spectrum, before the Second World War

“It’s often discussed as being a very right-wing philosophy…but it was also incredibly well supported on the Socialist Left as well. The normalization of these types of ideas, that we find so toxic today is always astonishing to me. [Winston] Churchill, as a young MP, was the most politically active supporter of eugenics in the U.K. [But] by 1914, when the war started, he basically expressed no interest in the subject ever again.”

4. Eugenics was a hot topic with the North American public, too

“You could get Valentine’s cards which were eugenics-themed. You know, ‘here is my goodly heritage and therefore, can I woo you.'”

5. A chief proponent of eugenics in the U.S. oversimplified the science

“Alongside traits like eye colour and hair colour, and diseases like Huntington’s disease, [American biologist Charles] Davenport also asserted that…there was a gene for seafaringness, sexual preferences, laziness — things that we now know are hugely complex. And the reason he wanted that is because if it’s as simple as that, you can plot things on a family tree and you’ve got a fulcrum on which actual sterilization or eugenics policies can be enacted.”

6. Eugenics supporters are satirized in The Great Gatsby

“[Novelist F. Scott] Fitzgerald…knew the Rumseys, the Rockefellers, the Carnegies. And he gives those roles to [characters] like Tom Buchanan in The Great Gatsby, who’s a grotesque and odious figure. This is Fitzgerald criticizing these buffoons. But it’s right there as the sort of normalized conversation that’s happening amongst these East Coast aristocrats.”

7. Many present-day universities have eugenic pasts

“[My own] department at University College London is a direct descendant from the eugenics laboratory founded by Galton in 1904. And we see that pattern all over the world.”

“Scientists have to know our own history and to see how the science of human biology, human inheritance, genetics and evolution has been used in the past for political ideologies.”

8. Researcher He Jiankui’s 2018 attempt to create gene-edited babied shows that the world needs to stay vigilant

“If there’s one positive thing that comes out of that story is that the international community was alerted to this and was after a few hours universal in condemning it.”

“[Ethical debates need] to involve expertise from scientists, from doctors, from geneticists, from reproductive health experts, and patient advocacy groups. But it has to be happening in society. Scientists are members of society and they don’t get to make (all the) decisions. That’s how democracies work.”

*This episode was produced by Lisa Godfrey