In the Haute Horlogerie industry, there have been numerous timepieces with miniature functional sculptures, and Jacob & Co is a brand that enjoys experimenting with newer themes, complications and challenges. The Astronomia Collection is a canvas that the brand has often used to express its artistic innovations. The Jacob & Co Maestro Worldtime is one such embodiment of 21st-century ultra-high-end watchmaking. This timepiece extends the Astronomia universe by including a new Worldtime complication and the iconic four-arm vertical movement. A globally recognized symbol of Jacob & Co watchmaking expertise, Maestro Worldtime is an unprecedented concept that has surpassed expectations.

The limited-edition timepiece, like its predecessors, features an 18K Rose Gold case holding a single-piece sapphire crystal window around its periphery, allowing for unhindered viewing of the spectacular calibre inside. The open-worked lugs enhance the 50 mm wide and 26 mm thick watch. This triple-axis tourbillon is at the forefront of modern watchmaking. The timepiece is powered by a JCFM11A calibre, providing a lengthy 60-hour power reserve and 10-meter water resistance. Crafted from a combination of aluminium and titanium and designed with an openwork structure, the time display of the Astronomia Maestro was designed to be as light as possible, given its unprecedented position, high above the movement. 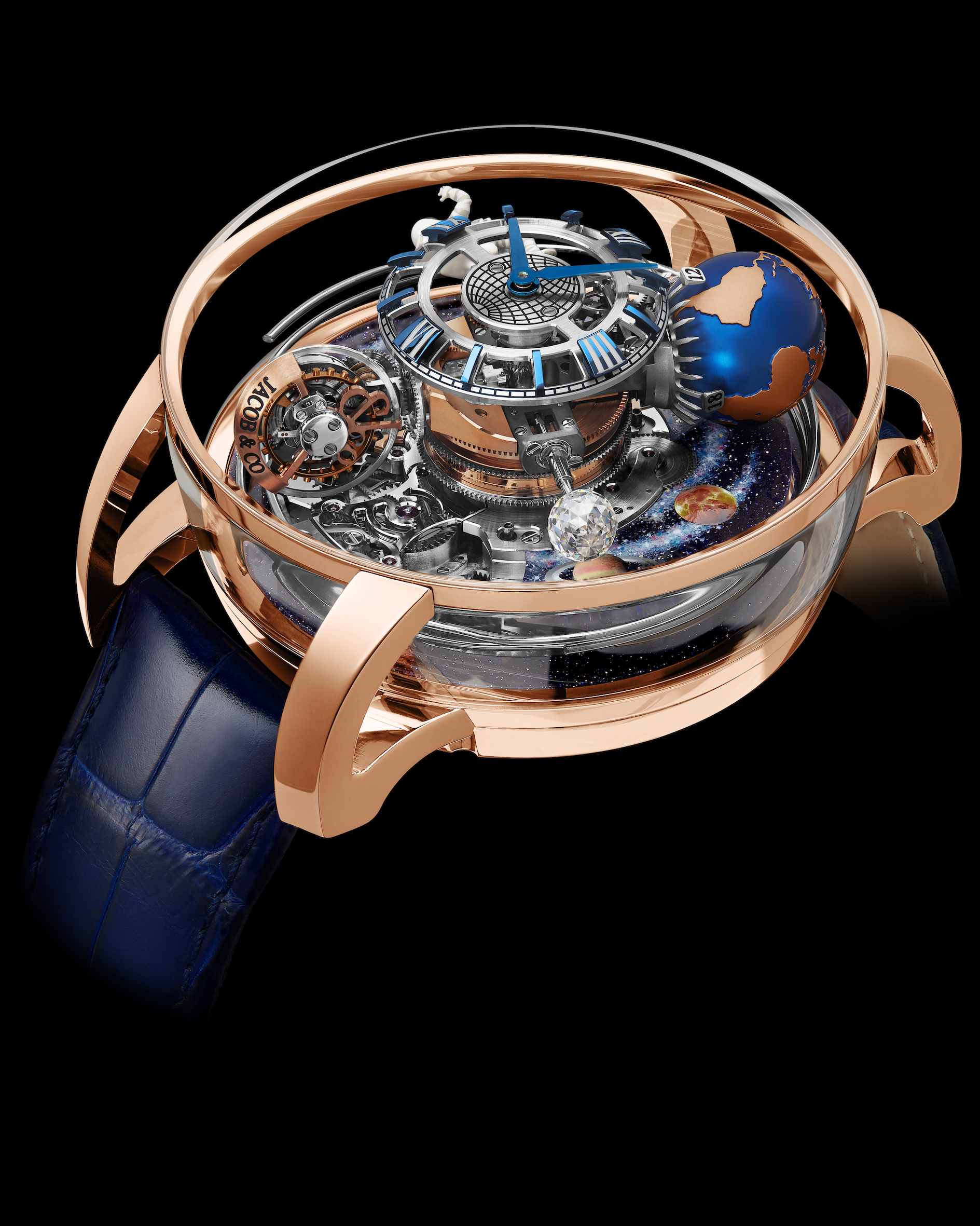 The four arms of the Astronomia Maestro carry the gravitational triple-axis tourbillon movement. Planet Earth is crafted from a magnesium globe in hand-painted blue, an all-new date and moon-phase display featuring a new Jacob-Cut® 1-carat diamond and a miniature, hand-crafted astronaut that spins through the space inside the Astronomia. The astronaut weighs just 0.2 grams or 0.07 ounces and orbits along with the three other arms of the caliber, taking 10 minutes to pass over the Milky Way aventurine backdrop while rotating around its axis once every 90 seconds. A large globe of the earth on one of the arms of the Astronomia four-arm vertical serves as a world-time complication, providing an accurate time among time zones throughout the world. 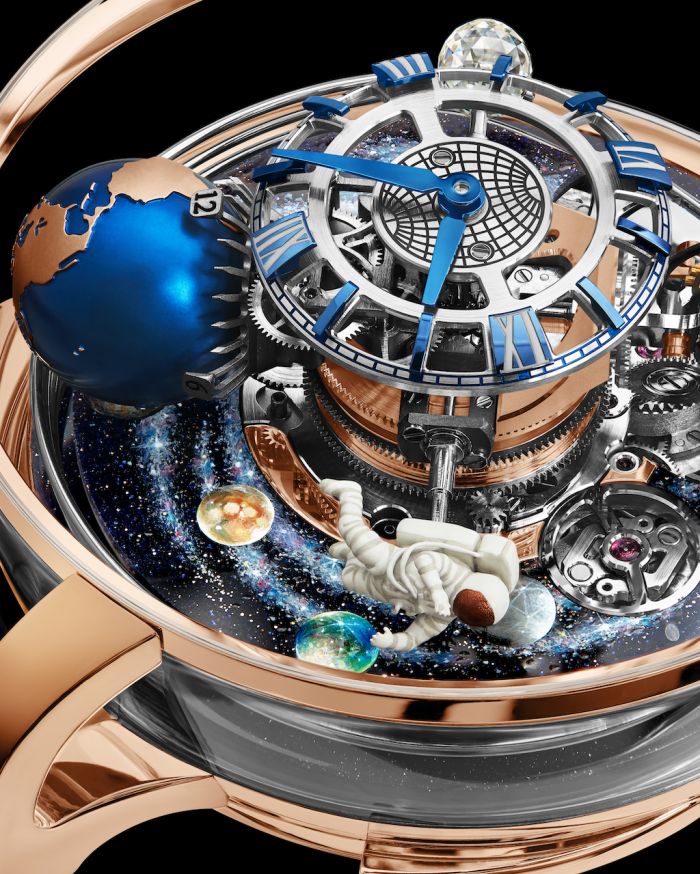 The central-mounted subdial atop the hand-wound Manufacture displays the time. With Gun Blue metallic finished hands and applied curved indices, the four-arm assembly completes a rotation around the center of the watch in 10 minutes and on an axis every 24 hours. The Jacob Cut is the signature cut for the diamonds, and gems have been a brand standard for a long time. For the Maestro Worldtime, the diamonds are presented on one of the arms of the Astronomia vertical movement.

Take a Look Inside the Chic, Adults-Only Hotel Mousai in Puerto Vallarta

Everything You Need To Know About Managing Oily Skin